Members of the 2015 class of LaunchKC grant recipients will celebrate the second anniversary of their grant awards on Friday evening, when LaunchKC announces winners of the 2017 class.

LaunchKC will take center stage on Friday at the Techweek Kansas City conference to stage the final round of competition among 20 tech entrepreneurs who are vying to take home nine cash grants worth $500,000.

This LaunchKC competition is designed to attract the best and brightest entrepreneurs to come (or stay) in Kansas City and to build their startup companies here. By the end of the day on Friday, LaunchKC will have awarded $1.5 million to 29 entrepreneurs over three years.

“The final round of this year’s competition promises to be very competitive, with 20 entrepreneurs ready to pitch their business plans before a panel of LaunchKC judges and the Techweek KC audience from 8 a.m. to 1 p.m. in the heart of Downtown,” said Mike Hurd, marketing officer for LaunchKC.

The 20 finalists who will be competing on Friday were selected by LaunchKC judges from a pool of 400 applicants to the 2017 competition. The contenders include 14 from the Kansas City metropolitan area; five from four U.S. states; and one international business from the Ukraine. 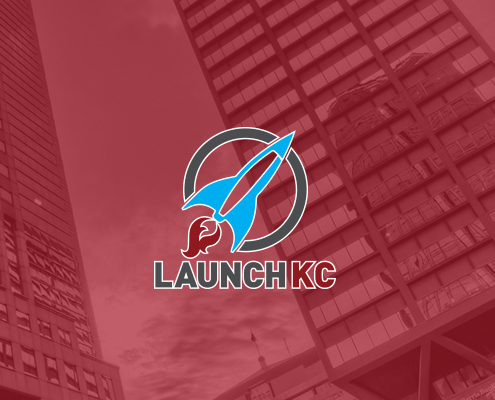 LaunchKC is in its third year of serving as a civic engine in the local tech / entrepreneurial space.

LaunchKC is a global grants competition designed to attract tech entrepreneurs to compete for $500,000 in non-dilutive grants and the opportunity to build their new and emerging tech businesses in Kansas City, Missouri. This year, LaunchKC will award nine grants on Friday, including eight $50,000 grants and one grand prize award of $100,000.

“LaunchKC has attracted nearly 1,500 applications from throughout the nation and the world during our first three years of competition,” Hurd said. “When we award the next $500,000 at Techweek on Friday, we will have reached $1.5 million mark in awards in just three years.”

The LaunchKC finalists will compete from 9 a.m. to 1 p.m. Friday in The Gallery event space in the Kansas City Power & Light District. Tickets are available at TechweekKC.com. Each entrepreneur will have about five minutes to pitch their business plans before a panel of LaunchKC judges and the Techweek KC audience.

Once the pitch session concludes, the judges will convene to score the finalists and to select the eventual nine grant recipients. They will be revealed in a special LaunchKC / Techweek awards program from 5 to 7 p.m. Friday at The Grand Hall at the historic Power and Light Building.

The 20 finalists (alphabetically, by company name and team leader) for the Launch KC grants competition include:

In addition to cash grants, the nine winning applicants will receive a network of support, including 12 months of free office space in Downtown KC; industry-specific mentor teams for each grant recipient; and opportunities to meet and learn from industry and entrepreneurial leaders in and around Kansas City – all designed to elevate their efforts to build high-growth, tech sector businesses and jobs in Downtown Kansas City.

LaunchKC is an initiative of the Downtown Council of Kansas City, in collaboration with the Economic Development Corporation of Kansas City.

The program is fueled each year by the visionary support of corporate, public and philanthropic partners. For 2017, the sponsor honor roll includes: