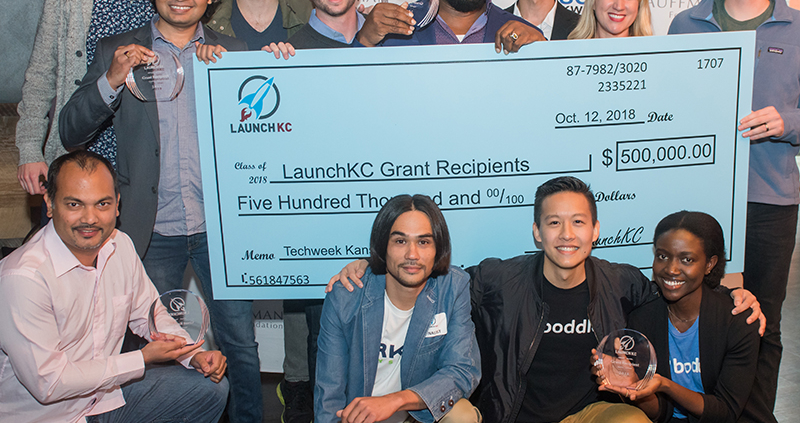 LaunchKC is expected to focus on specific business verticals in 2019 — an effort to bring companies to Kansas City that can fill industry gaps.

A revamped version of the annual grants competition eventually would grow those verticals into individual accelerator programs, according to Jim Malle, business development officer at the Economic Development Corporation of Kansas City, which coordinates LaunchKC alongside the Downtown Council of Kansas City.

Decisions on awarding grant funding in each vertical in 2019, including the amounts of such grants, will depend on fundraising efforts, he said. The LaunchKC program previously has culminated in a pitch contest between 20 startups, with each vying for their piece of $500,000 in non-dilutive grants, rent-free office space, and the opportunity to build their new and emerging tech businesses in Kansas City, Missouri.

Programs like Fountain City Fintech — a new accelerator at nbkc bank that recently wrapped its inaugural cohort with a Demo Day last week — already have a proven track record of bringing companies to Kansas City, Malle said. Five of the six Fountain City Fintech startups plan to stay in the city after the accelerator’s completion, founders announced at Thursday’s Demo Day event.

Industry verticals to be supported by LaunchKC have yet to be confirmed, Malle added, but EDCKC expects to continue financially backing Fountain City Fintech, as well as providing administrative assistance for the next cohort to further the accelerator’s growth.

LaunchKC’s pivot to accelerators gives the chance for companies to spend a longer amount of time in the Kansas City community and give founders and executives more opportunities to engage with area assets, said Zach Anderson Pettet, managing director for Fountain City Fintech at nbkc.

“It seems like, economic development-wise, that’s going to be much more valuable,” he said. “The idea of a grant competition is great and free office space is great, but it’s hard even if you have free office space to really understand how much Kansas City has to offer. So I think things like accelerators provide more of an avenue to the community and provide more of opportunity for the companies to really put down roots.”

Feedback from cohort members and others associated with the accelerator will help determine programming adjustments for future iterations of Fountain City Fintech, Pettet said.

“I’m overjoyed with how this Year 1 went and honestly I think we’re excited about next year,” he said, following the demanding program’s end. “We’re going to do it again, but there’s a lot of changes that we’re going to make.”

The fintech’s first-year success is a direct result of the cumulative efforts of the Kansas City entrepreneurial ecosystem, Pettet added.

“People have stepped up so intensely to help this program and really rallied around it,” he said. “I don’t think we wouldn’t be where we are today and had the success that we had last night if it weren’t for all the people in the city.” 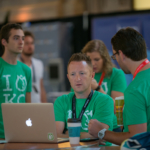 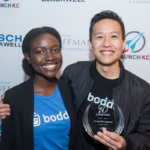